How to Make Sense of the Market's Latest Moves

Earnings growth is the key to a rising stock market.

When you buy a stock, you are buying a stream of earnings in the future...

If earnings don't grow, or the market perception of earnings doesn't change, a stock won't rise. But if earnings, or market expectations for earnings, do change, stocks move.

This is as true for the market as it is for individual companies... 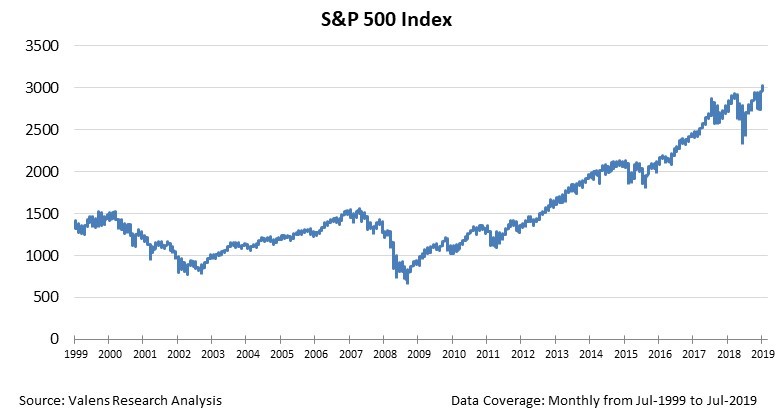 The market didn't reach new highs again until mid-2007, ahead of the Great Recession. It wasn't until 2013 that the market broke its 2007 highs, having rallied for the past six years.

So it must have made those new highs because of earnings growth and improving returns, right?

The chart below highlights aggregate U.S. profitability in terms of as-reported return on assets ("ROA")...

This chart does not track the market's performance at all...

While profitability trends from 2006 to 2008 warranted market appreciation versus 2000, in every year since, returns have been lower. From 2013 to 2015, as the market rallied higher, as-reported ROA fell to historic lows.

So why on earth has the stock market been making new all-time highs if earnings power is declining? Does the market just not get it?

Not exactly. It turns out the numbers are lying to us – the as-reported numbers, to be specific.

When we look at the real numbers, everything comes into much clearer focus...

The above chart explains U.S. aggregate historical corporate performance levels, in terms of ROA (dark blue bars) versus what sell-side analysts think the aggregate is going to do over the next two years (light blue bars) and what the market is pricing in at current valuations (red bar).

When removing the noise associated with GAAP distortions – especially around issues like acquisition distortions, research and development ("R&D") expensing, excess cash, and stock option expense – it becomes clear that the economy is in a good place.

In fact, U.S. corporate profitability is at all-time highs.

There has been a steady secular move upwards in Uniform Adjusted ROA. Corporate profitability has consistently reached higher highs, and higher lows, through cycles. This is improving as companies become increasingly technologically advanced and management teams become more responsible with their investments.

With the right data, the movement of the S&P 500 over the past 20 years makes more sense.

After falling due to energy-market headwinds from 2013 to 2015, adjusted ROA is now at 13%. This is more than double the long-term global corporate average! The recovery in ROA has also lined up with the market's ability to make new all-time highs from 2016 to this year.

Each time over the past 20 years, the as-reported numbers said corporate profitability only approached prior highs before rolling over... but the real numbers said companies were breaking records. The market clearly has been paying attention to the real Uniform Accounting numbers.

Earnings growth – and growth in returns – has driven the stock market higher.

I know what you're thinking... "Why does this matter? Stock markets are at all-time highs, and everything says stocks are still expensive." The Case-Shiller price-to-earnings ("P/E") ratio is at historically high levels, and traditional P/E ratios are well above historical averages.

The red bar in the chart above represents the returns the market is pricing in right now. While U.S. companies are producing 12% returns, the market is expecting returns to fall going forward. Market expectations are not excessive.