Movie companies have made billions bringing us entertainment over the past 100 years...

And yet, if you took the studios at their word, many of their best films have lost them money.

Blame "Hollywood accounting." It's a well-known secret that Hollywood can make even the most profitable film a loss.

For example, Harry Potter and the Order of the Phoenix grossed $940 million in total, and yet Warner Brothers declared it a $167 million loss. Return of the Jedi earned $475 million at the box office, and even though it only had a budget of $32.5 million, Lucasfilm claims the film never made a profit.

We regularly rail against the issues with as-reported accounting statements, but most pale in comparison to Hollywood accounting. 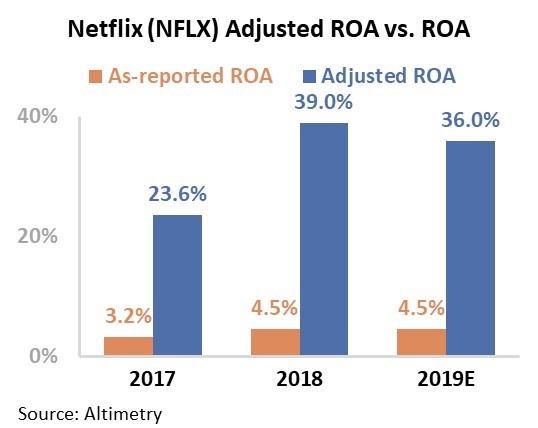 Netflix looks abysmal through a traditional accounting lens, with a weak return on assets ("ROA") of 5%. At a glance, it looks like the firm should have stopped making movies and investing in its business yesterday. It seems like it's generating below-average returns!

But those numbers are wrong.

As you know, we specialize in "Uniform Accounting" – a more reliable way of looking at companies than the GAAP and IFRS accounting policies that let issues like Hollywood accounting exist in the first place.

When we apply our Uniform Accounting metrics, the distortions from as-reported accounting statements are removed – including R&D capitalization versus expensing, stock option expense compensation, and acquisition distortions – and we can immediately see that Netflix has significantly stronger ROA than the market realizes, at 36%.

We can also do that with companies that Netflix is competing against – companies like Disney, as it starts to compete head-to-head in both streaming and content generation. Disney has a traditional ROA of 9%. So investors might look at Netflix and wonder if they can get returns that high... 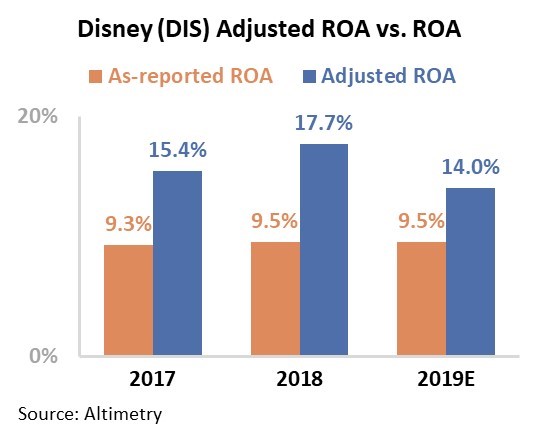 But when we remove accounting distortions using Uniform Accounting, Disney doesn't have double the ROA of Netflix... In fact, it's actually significantly lower – 14% versus Netflix's 36%.

At Netflix's current adjusted price-to-earnings (P/E) ratio of 47 times, the market is not pricing in the potential for Netflix to see declining returns. Investors don't even realize that this could be possible, because they think Netflix's returns have nowhere to go but up, considering how low they have been.

The chart below reflects the real economic performance measures of Netflix after making many major adjustments to the as-reported financials... 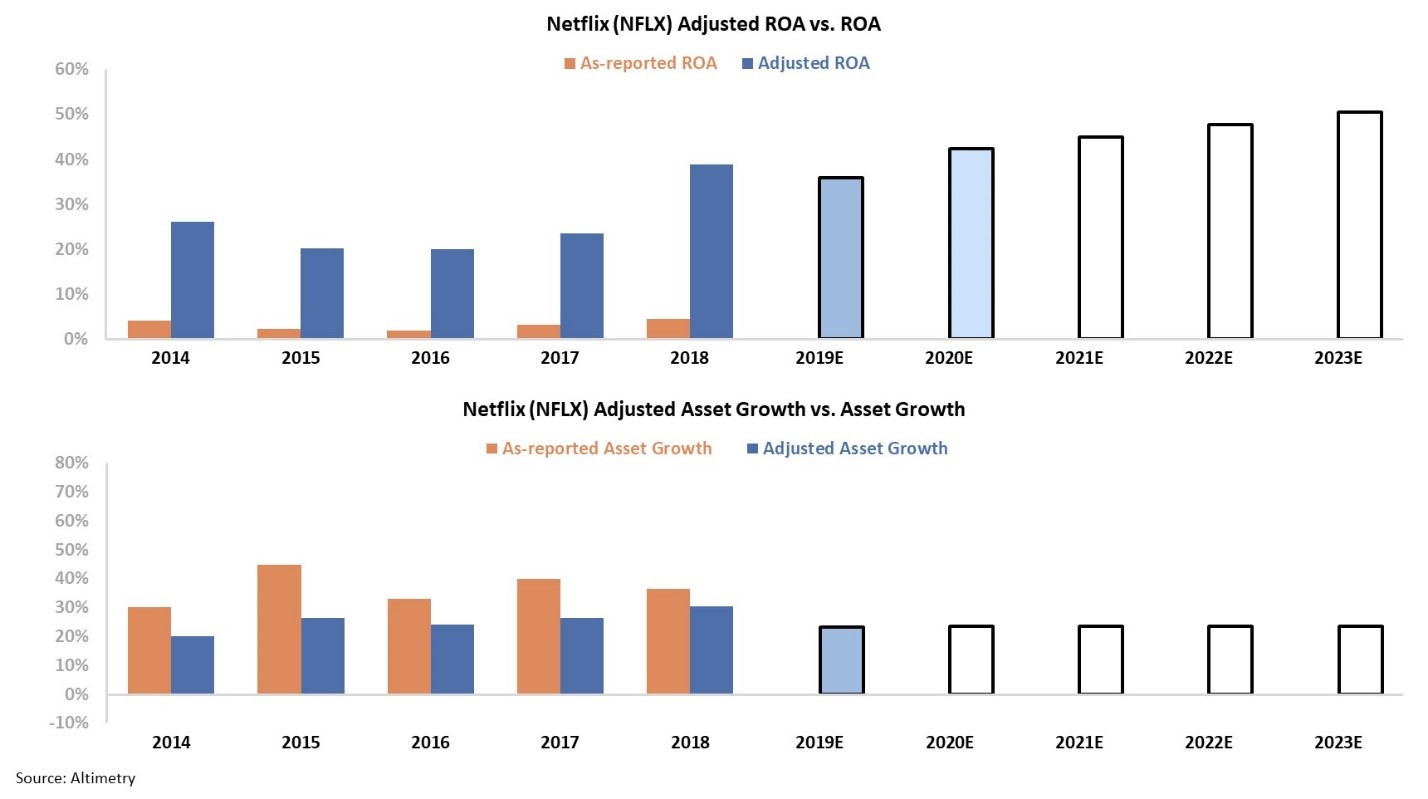 The two panels explain the company's historical corporate performance levels, in terms of ROA and asset growth (dark blue bars) versus what sell-side analysts think the company is going to do in the next two years (light blue bars) and what the market is pricing in at current valuations (white bars).

Investors are optimistic about Netflix because they think it is turning the corner of profitability. Confused Hollywood accounting makes the company look like it has nowhere to go but up.

In reality, Netflix is investing in a lower-return business now. And going forward, returns are more likely to come under pressure... And the market isn't ready for it.

This is yet another example of why you can't rely on so-called "standard accounting practices"...