The Power of Self-Speak

Right now I'm in Cappadocia with my family...

From the balloon, you can see cave dwellings and "fairy chimneys" carved out of squat pillars of volcanic rock that formed millions of years ago.

Around 3,000 to 6,000 years ago, the people of Cappadocia built dwellings into and around the fairy chimneys. Many have since been turned into homes and hotels. The one we stayed in had modern-day comforts, including climate control, all retrofitted into an actual cave dwelling. 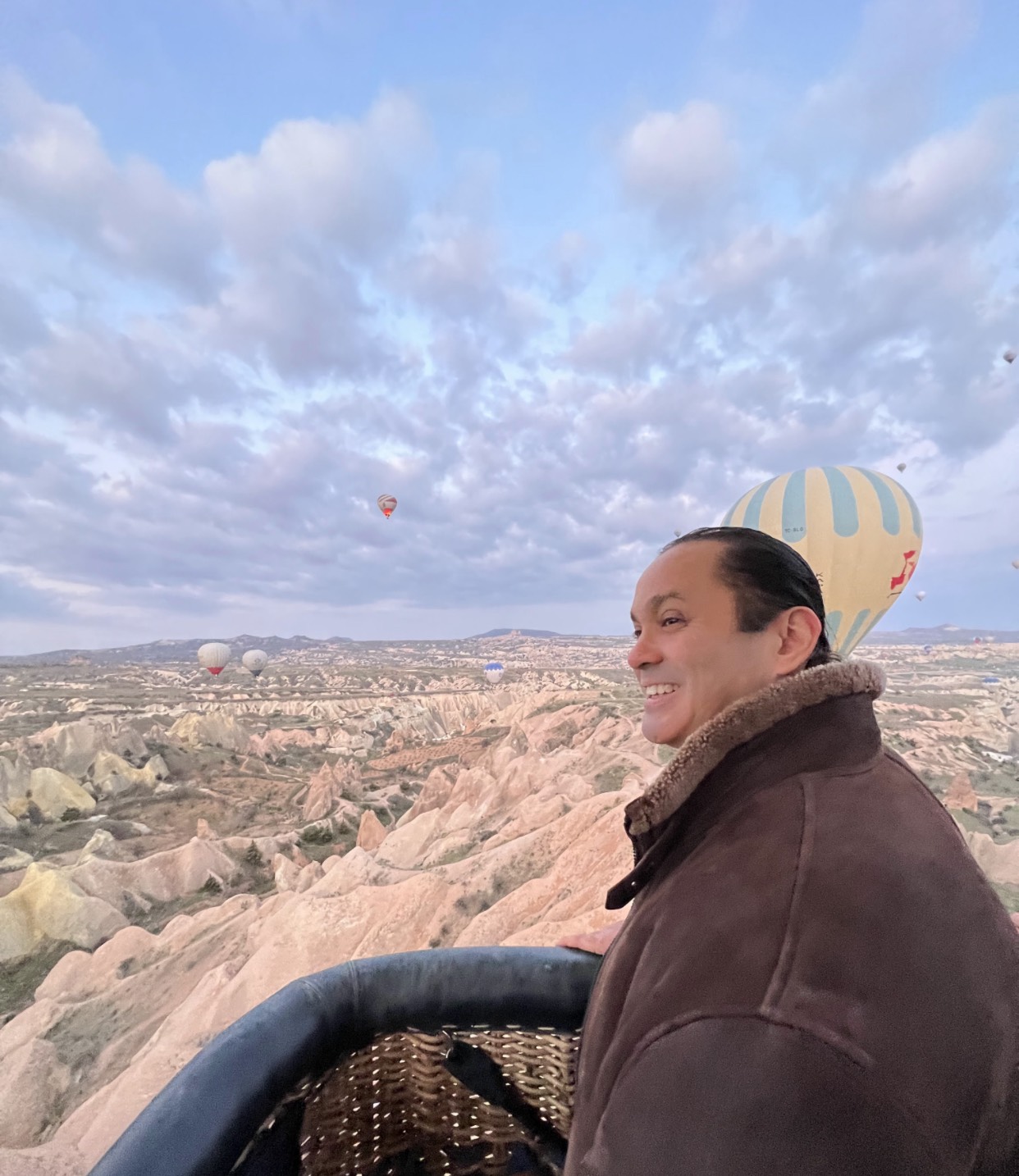 While beautiful, the area experiences desert winds and is very dusty. Stairs and cobblestone streets can be very oddly shaped and inconsistently lit.

At some point, each member of my family fell. I felt so silly tripping and falling flat on my face. On hearing about my fall in particular, friends and family teased me about getting older.

Even joking around, I'm very careful to not internalize these comments into "self-speak." We all have narratives in our heads about who we are and how we live our lives. It's easy to fall into a trap of negative self-speak, wherein self-narrating stories do us no good.

To wit, if I were to continuously tell myself that I'm getting older, I will inadvertently start believing it.

Then, from my own persuasion, I may start acting older and doing things that people associate with being old.

So even when people innocently joke about me getting old, such as when I comically tripped on some unexpected and excessively dusty cobblestones, I feel compelled to joke back.

"Ah, Joel, you must be getting older."

I want my subconscious to hear the narrative that fits the age I want to behave at, not what others say.

It's important to control self-speak and the stories you tell yourself...

We should all be very careful about the narratives that are innocently given to us through others' commentary or even our own.

Quite often, I catch people self-speaking negative things about math.

"I'm just not good with numbers."

"Math is really difficult for me."

They build that narrative by saying that their "brain doesn't work that way," or that numbers just don't click in their head the right way.

The more people say it, the more they believe it. For many, even from their earliest days of schooling, math seems to be a most fearsome and troublesome subject.

And in my humble opinion, for 99% of the people that self-speak this way, it's complete hogwash. A genetic inability to do math just isn't the truth for most people.

I think one of two things brings almost all of those who think they're naturally bad at math together:

I apologize for speaking so strongly, but for the overwhelming majority of the supposed math inept, I believe it's one or the other.

The issue is that math is a "building blocks" subject. So if one misses some critical area of math in eighth grade for whatever reason, it will make something in ninth grade seem like a foreign language.

As higher levels of math build on their own foundations, missing a key concept is like trying to build a building on a bad physical foundation.

In reality, a key block of learning was missed somewhere and the lack of understanding compounds the further up you go.

The truth is, being "bad" at math rarely has anything to do with a lack of brainpower or some special brain physiology. It's just that once you miss a critical piece, anything sitting on top of it will be impossible to understand.

They start doing things to avoid math and eventually create an entire negative narrative that propels them for the rest of their lifetimes.

"The stock market is scary."

"The market is too volatile to do anything."

"I should invest in a balanced fund, because I'm neither aggressive nor conservative."

Stated often enough, people begin to believe these things. Even financial literacy classes taught in many schools and communities often miss how prevalent this type of investment illiteracy has become.

Statements like, "Investing in stocks is risky," cause people to eventually believe that is the case, no matter the context.

Yet the prevalent financial literacy training with misguided comments like, "Equity investing is more aggressive than bond investing," has contributed to millions of people sacrificing literal lifetimes of what could have been incredibly positive investment returns.

Once these shaky and ignorant foundations exist, it's hard to convince people of reality.

If risk is about losing money, then let's discuss investing in those terms. There has never been a 10-year period when the U.S. stock market hasn't beaten all other classes of financial or real estate assets.

Over any 20-year period, when has the U.S. stock market ever failed its investors? We're not talking about individual stocks... We're talking about just buying the Dow Jones or the S&P 500.

Meanwhile, the investment illiteracy rate has millions of people putting their 401(k) and IRA money, early in their careers, into non-equity positions. Balanced funds and "conservative" bond funds are costing people millions of dollars they otherwise could have had in their retirements.

Instead, the entire concept of aggressive or conservative investing must be discussed within the parameters of time-based investing.

The stock market is truly risky over short time periods such as a few years. A person could lose their asset value in such a short period.

However, over 20 years, when has there been any risk at all in the U.S. stock market? It's nonexistent. It is, by definition, as risk-free as one can get.

Investing any money you won't need for 10 to 20 years in 100% U.S. equities carries an incredibly high reward with amazingly low risk. That is a fact.

Being personally "conservative" or "aggressive" is the nonsensical language of investing illiteracy.

Be wary of the words and stories people use around you, and take care you don't adopt them as your own...

...Not only about your investing, but your math, your health, and definitely not my age!

I wish you all the best in your upcoming weekend and week.